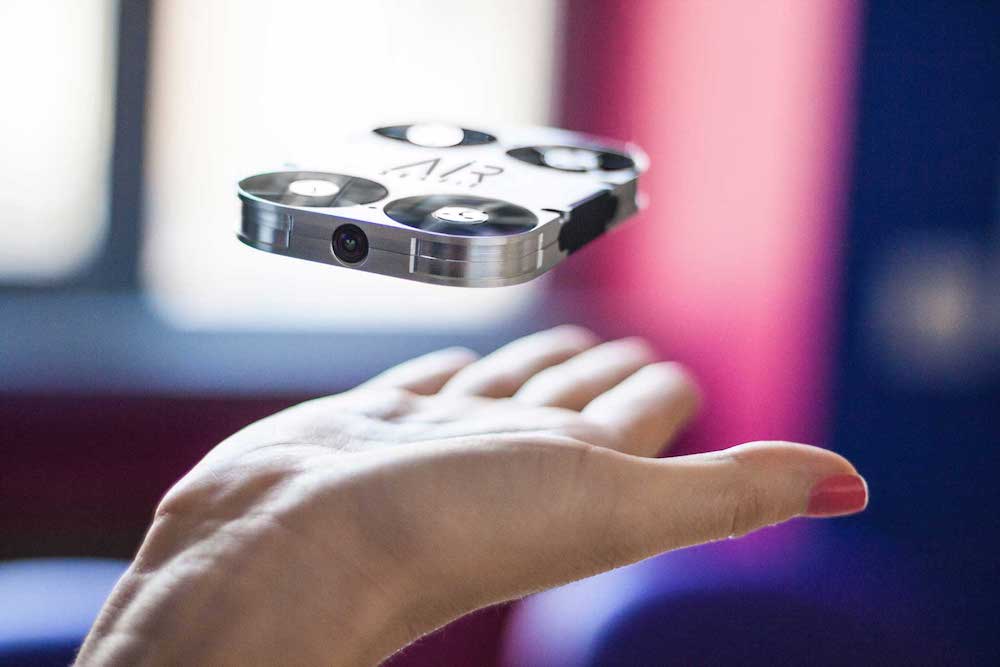 Instead of extending your arm or using a selfie stick to snap shots of you and your crew, you could use a new pocket-size drone — dubbed the “AirSelfie” — to help you remotely capture aerial photos and videos. 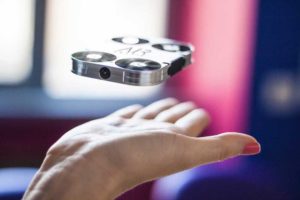 The AirSelfie is the brainchild of Italian entrepreneur Edoardo Stroppiana, who came up with the idea in 2014. “AirSelfie is specifically designed and produced for people who used to think drone cameras are extremely complicated to use — too expensive and bulky,” Stroppiana said.

The AirSelfie is equipped with a 5-megapixel camera that can shoot full high-definition (HD) 1080p video, as well as a 4GB microSD card. Using the AirSelfie, people, groups and companies can take pictures of themselves, their backgrounds and their projects from distances, heights and angles that they never could using their arms or a stick, Stroppiana said. [5 Technologies for the Selfie-Obsessed]

The drone uses sonar to measure its altitude and keeps itself stable with the help of a tiny extra camera to monitor its surroundings for signs of jitter. It is also equipped with gyroscopes, barometers and geomagnetic sensors that help it navigate as it flies, said AirSelfie Holdings Ltd. in London, the company that Stroppiana co-founded in 2016 to manufacture the drone.

The AirSelfie is controlled via a free iOS or Android app. The app can make the drone take off; adjust its height and direction; let it hover autonomously; and help users take an HD aerial shot or video with just a push of a button. Users can also activate a 10-second timer, giving people enough time to hide their phones so they don’t appear in the picture or video. The drone can take up to eight consecutive shots, the company said.

After snapping photos, the drone can return to its departure point automatically with the touch of a button. Users can also guide the AirSelfie back manually, and its manufacturers said it is safe for the drone to land on a person’s open hand, or even for people to grab the drone while it is still hovering in midair.

The company said it developed a fully functioning prototype in August. On Nov. 17, the company launched a Kickstarter campaign to make the AirSelfie available via preorder, and it met its $47,714 goal in less than three days. The campaign, which is scheduled to end Dec. 24, has raised more than $500,000 from more than 2,300 backers. In addition, the company has received $3 million from private angel investors in the United States, the United Kingdom, Germany and China, Stroppiana said.

The first preordered drones are scheduled for delivery in March. The drone is expected to hit the market in 2017 for a retail price of $300.